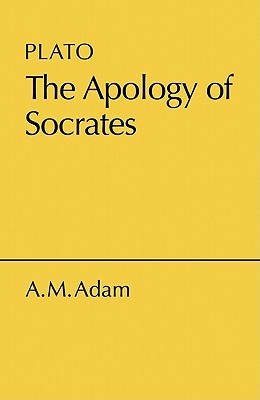 I’m starting a course of foundational texts in philosophy with a friend of mine, and this is the first one we’ve read. Socrates is often considered a founder of Western philosophy, and it was easy for me to see in the text some common philosophical themes I’ve been exposed to growing up in the West.

the fear of death is irrational

Socrates argues that the fear of death is irrational from two perspectives: one, that what happens after death cannot be bad; and two, that a righteous person needs to be more concerned with whether he is doing right or wrong than whether death occurs or not. You can see the first one here:

For Socrates, the question of whether there is a God does not appear up for debate, but what is up for debate is whether we continue to exist after death. This is interesting because the modern Western religious debate inextricably ties the two questions together.

Socrates’ other point about death is that a righteous person should be more concerned with right and wrong than with death: “The difficulty, my friends, is not to avoid death, but to avoid unrighteousness.” Later:

Some one will say: And are you not ashamed, Socrates, of a course of life which is likely to bring you to an untimely end? To him I may fairly answer: There you are mistaken: a man who is good for anything ought not to calculate the chance of living or dying; he ought only to consider whether in doing anything he is doing right or wrong—acting the part of a good man or of a bad.

The dialectic was the method by which Socrates performed the act of philosophy. It was the act of arriving at the truth by challenging ideas, often between two people in a back and forth “Socratic dialogue”. To Socrates, the act of doing philosophy was the act of approaching one’s own ideas about truth and one’s own actions with this kind of scrutiny.

If the person with whom I am arguing, says: Yes, but I do care; then I do not leave him or let him go at once; but I proceed to interrogate and examine and cross-examine him, and if I think that he has no virtue in him, but only says that he has, I reproach him with undervaluing the greater, and overvaluing the less. …

Daily to discourse about virtue, and of those other things about which you hear me examining myself and others, is the greatest good of man … The unexamined life is not worth living.

Me you have killed because you wanted to escape the accuser, and not to give an account of your lives.

In the Apology we really don’t see much of Socrates’ metaphysics, except for a few ideas about death. Even then, we don’t see Socrates apply his dialectic to his own claims about death, instead appealing to his internal oracle for his beliefs. In this work Plato spends more time letting Socrates argue for the virtue of philosophy as an embodied act.

Socrates as a prophet to the state

While reading this I could see a lot of parallels between the morally critical prophets of the Old Testament and how Socrates saw himself as a “gadfly, given to the state by God”. He, like many Old Testament prophets, lived and made his critiques from outside the structure that he criticized. For Isaiah and Jeremiah, these were the religious organizations of Israel; for Socrates, this was the state.

It’s important to note that when Socrates criticizes the state it is a lot more personal than it is when we criticize the state in modernity. When Socrates refers to the state he is referring to the people of Athens, especially those who accuse him. He saw himself functioning within society as a critic of personal ethics, an improver of the people:

For I do nothing but go about persuading you all, old and young alike, not to take thought for your persons or your properties, but first and chiefly to care about the greatest improvement of the soul.

To Socrates, motivation is an essential component of the goodness of one’s actions. He contrasted himself with the sophists, who indeed “make the worse appear the better cause” either for money or notoriety. (“I have a sufficient witness to the truth of what I say—my poverty.”) Socrates seems to place his motivations on his feeling called by God, both through the oracle at Delphi and the “internal oracle” he claims to have.

When Socrates calls himself a gadfly to the state, he describes the state as “a great and noble steed who is tardy in his motions owing to his very size, and requires to be stirred into life.” I think this is a pattern that we can observe across a lot of Western history: one individual takes it upon himself to correct an injustice in a public system. A lot of Western political history can be discussed in terms of this tension between a system “tardy in his motions owing to his very size” and a critic attempting to stir the great bureaucracy into life. I would place Socrates in a group with other Western “prophets”: Isaiah, Jesus, Martin Luther, Galileo, Martin Luther King Jr., etc.