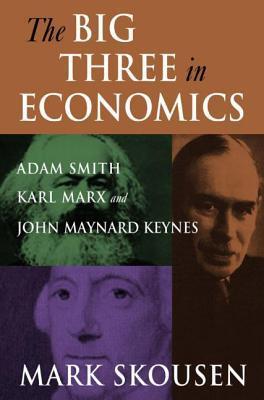 This book was published in 2007, before the Great Recession. It definitely reads that way. Very capitalist, very Christian, very neo-liberal.

I enjoyed learning more about Adam Smith. I feel like Skousen does a good job painting the importance of his ideas as an invention that drove the Industrial Revolution.

According to Skousen, Marx is the devil incarnate, and his ideas are a dangerous disease infecting the minds of intellectuals and workers. Skousen takes a strange interest in painting Marx and Keynes as deranged, sexual deviants, etc. (“The Truth about Keynes’ Homosexuality” is a section in this book.)

Skousen treats economics as a mostly solved science, and argues constantly that Marxism is essentially dead, only kept on life support by “sociologists, anthropologists, literary theorists”, and other cronies.

I really appreciate understanding where all the economic schools come from and how they differ:

I’ll finish it off with this quote from the conclusion:

That should give you a good impression of the slant we get from Skousen.