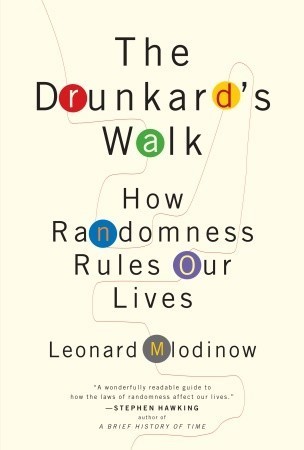 This is a good intro for non-statisticians to avoid some common pitfalls and misconceptions that the public often has. It’ll help you understand what it means when something is statistically significant, why sometimes studies contradict each other, and how to avoid believing in patterns that don’t exist. You’ll understand the following biases and fallacies:

One mistake I want to point out:

When pollster’s tell the media that a poll’s margin of error is plus or minus 5%, they mean that if they were to repeat the poll a large number of times, 19/20 (95%) of those times the result would be within 5% of the correct answer.

The subtitle, “how randomness rules our lives”, was covered when he talks about how in many situations the results are almost entirely determined by random chance rather than intervention. (Company leadership, investment performance, and sports are prominent examples.)

He talked about determinism in several places, but never centrally addressed the assumptions of probability theory and where they break down. I also would have expected a more thorough discussion of the assumptions of Bayesian analysis, and why it can sometimes be problematic. See the podcast episode Against Bayesianism for the topic I was hoping he would touch on.