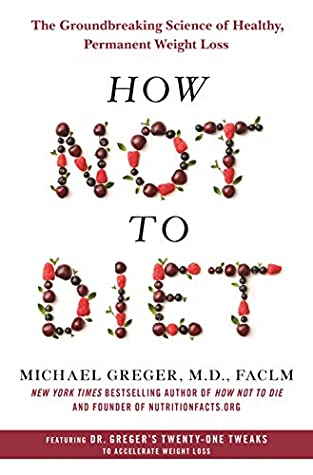 I read this book with Irresistible and the Social Dilemma on my mind, so I have a lot of notes here about addiction and big business.

Just like everything else, capitalism has screwed over our diets by giving companies the incentive to put shareholders above customers. Food companies employ lobbyists to keep subsidies on sugar/corn syrup/meat, and keep a stranglehold on public organizations. They buy billions of dollars of ads to communicate the message that it’s laziness that has caused the obesity epidemic and to push their products that appeal to the unconscious desires of our brains to produce artificial hunger.

A CDC study showed that overweight people had better life expectancy than normal weight people, leading to the idea of an “obesity paradox”. But larger studies that accounted for smokers (who are thinner because of nicotine) and things like that showed that the best BMI was 20-22, which is the lower half of the “normal” BMI range.

Fat stigmatization has gotten worse, not better, and just like any shame-based motivation it doesn’t work.

The percentage of people who consider themselves overweight has not changed over the past few decades, even though the proportion of overweight people has ballooned over that period.

Supplements are very poorly regulated because the fines are nothing compared to the profits.

Food corporations are incentivized to create cheap, non-perishable, sugary/fatty foods. The way to combat this is similar to how the tobacco industry was battled:

The reality is that people don’t make rational choices with food purchasing, so the free market by itself will not create the solution. When a healthy option is added to the menu, you are more likely to choose the least healthy option. People donate/buy less when an ad uses an anecdote and statistics than when just an anecdote is used.

Obesity is likely more of a disorder than a habit problem. The hypothalamus is the center of the system for regulating appetite, and it can become insensitive due to inflammation or excess fat.

Boil your own beans?

Personally, I try to choose organic whenever I have the option, but I never let pesticide concerns prevent me or my family from indulging in as many fruits and vegetables as possible regardless of how they were grown.

Fiber crowds out calories and is digested more slowly. Gut bacteria digest fiber and the resulting chemicals lead to increased satiety too.

When M&M’s were labeled as “low-fat”, overweight study participants ate 47 percent more of them.

Decreasing fat intake to what we would have gotten during our evolution (10% or lower calories from fat) really does improve weight loss.

Your body is able to compensate for extra intraveniously administered sugar by decreasing your appetite, but the same is not true with fat. Fat-sensing mechanisms exist in the intestines, which is too late to stop you from eating more modern high-fat foods. Back in the day it was nuts, which took long enough on their own.

Unsaturated fats make you more likely to exercise and leave you more energetic!

Cooking without oil is surprisingly easy. To keep foods from sticking to the pan, you can sauté in wine, sherry, broth, vinegar, or just plain water. The trick is to just use a little liquid at a time.

Get a silicone baking sheet.

Noncaloric sweeteners tend to increase the appetite for sugar.

Those who cut all sugars lose less weight than those who cut just added sugars. Fruit is healthy. Processed sugar induces greater appetite.

In nature there are basically no foods that combine sugar and fat except breast milk, which may explain why we have heightened emotional receptivity to high sugar, high fat foods.

Mushrooms have very low caloric density but carry a lot of the satisfying umami flavor, so replacing meat with mushrooms is great for weight loss.

Nuts are a high calorie food but our bodies somehow seem to recognize and adjust for them, eating less later. They also reduce risk of death by lots of different things.